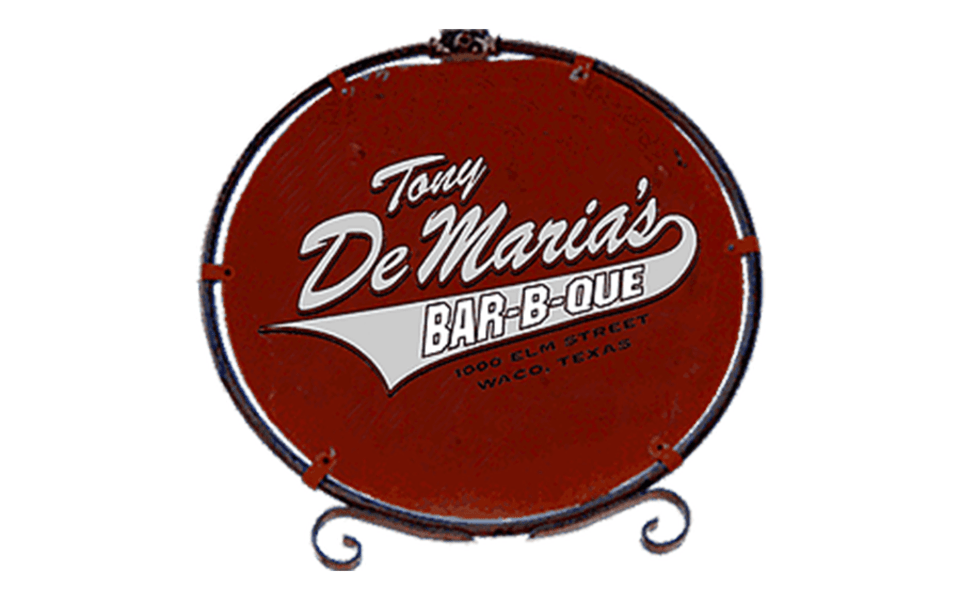 Details Likes
Hours
9:00 am to 2:00pm M-F
9:00am to 1:00pm Saturday
History
Since the doors opened in 1946, Tony DeMaria's Bar-B-Que has been family owned and operated. The restaurant was originally opened as a grocery store and meat market by Tony DeMaria Jr. and in the 50's Tony served barbecue to road crews who were in the process of building Interstate Highway 35 through Waco. In 1954, Tony married Lillie Cassiola, who often helped out with the business. Tony and Lillie had four children; Gary, Greg, Gina, and Geoff – who would all grow up to help out at the store at one time or another. In 1985, Tony retired and sold the business to Geoff, who still runs the restaurant today. In 1995, Geoff built a new building on the corner of Elm and Rose streets at 1000 Elm St. and moved the business just down the street from the original location The business now operates solely as a barbecue restaurant using the same recipe that's been served since the 50's. Today, Geoff's wife Elizabeth, son Blake, and nephew Anthony help operate the restaurant which is open for business Monday – Friday from 9am to 2pm and on Saturday from 9am to 1pm. Don't let the hours fool you, barbecue is cooked fresh daily and served until there's nothing left and is typically sold out well before closing time.
Facebook ( View On Facebook )