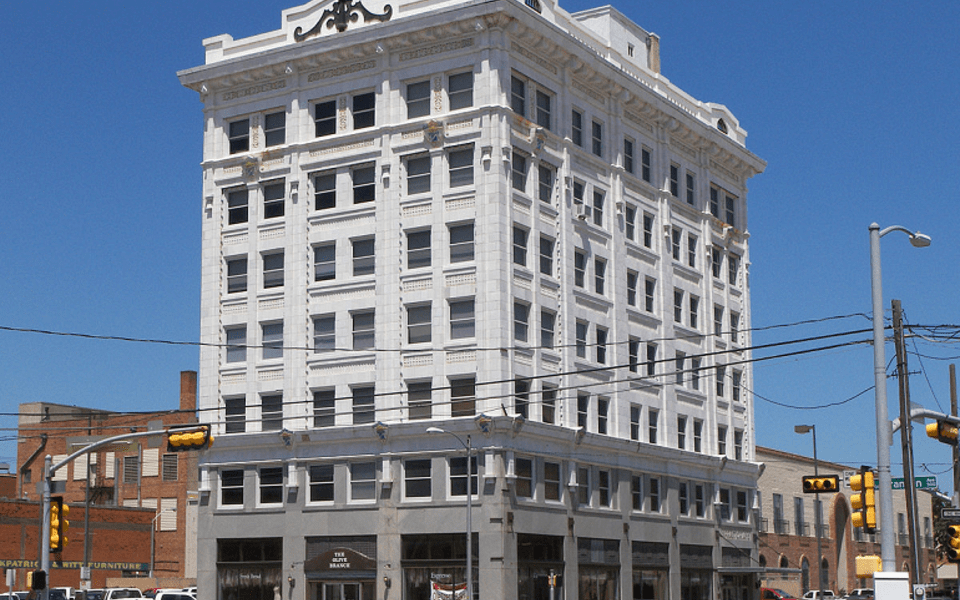 Details Likes
The cafe area within the Market Centre/BRU space as well as seated/dining space upstairs in Anthem Studios are available for event rental. Both work for smaller groups of up to 30 or stand-up style parties of up to 70.
For rental details, contact ellisurbangroup@gmail.com ( email )
The Praetorian was originally built by the very successful Praetorian Insurance Company, by whom the first skyscraper west of the Mississippi was also built, the 15 story Praetorian Building in Dallas, which was eclipsed a few years later by Waco's ALICO. Also, this Praetorian Building of Waco is one of the best preserved designs of its kind from its era, built in the Chicago School of Design, whereby the base and crown of the building are inspired by the capitols of Roman columns and the middle floors act as the central shaft of the column itself.